I want to make an inquiry 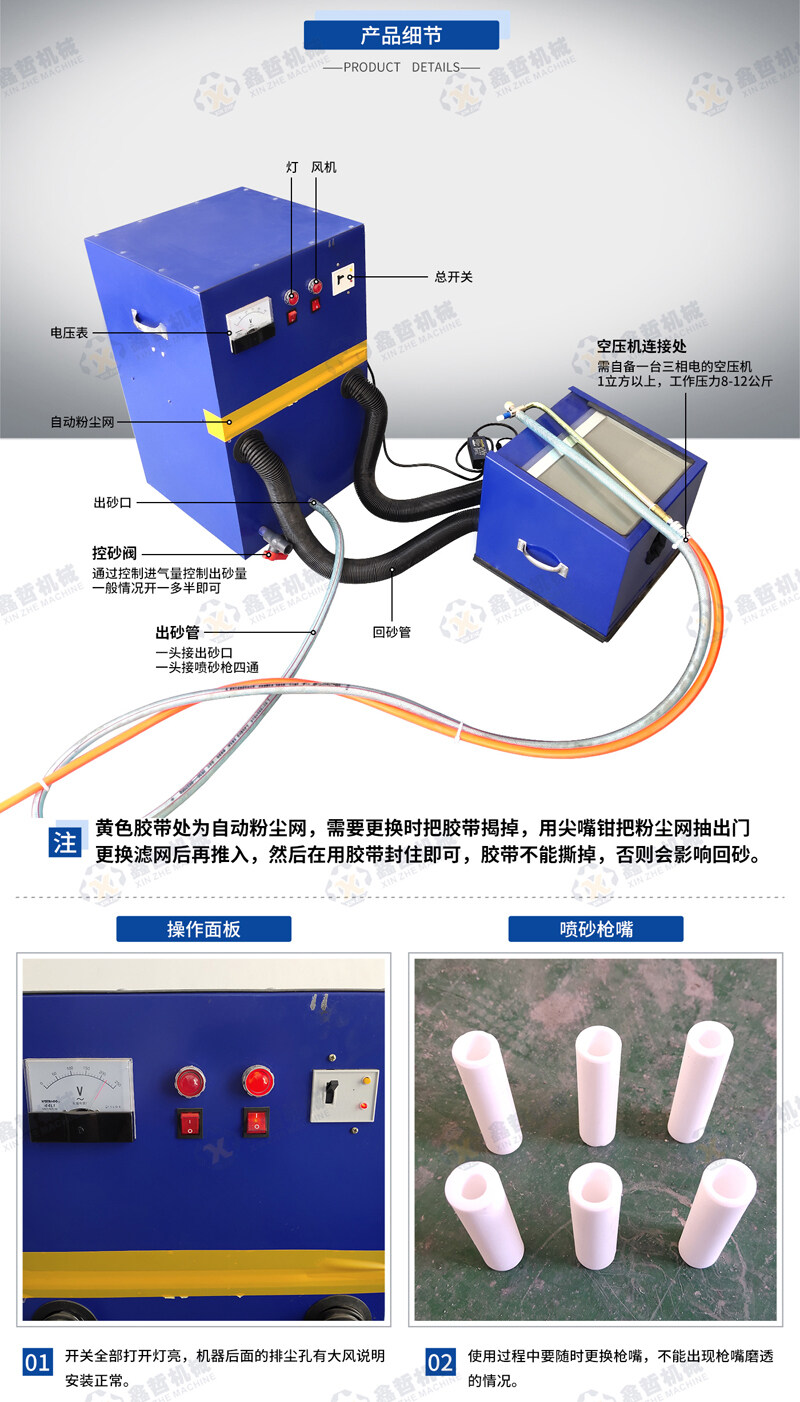 Small carved sandblasting machine function description: the specific protective film on the clean SLATE, want the engraving area (such as text, pattern and the character image of protective film to refuse to use powerful air sandblasting machine after mixing emery after sand blasting gun nozzle in the tablets the words on the sand, pattern and character image.

Small engraving sandblasting machine operation instructions: return sand pipe directly rotated into the pipe, the pipe is not inverted, which end can be installed first, along the direction of the steel wire can be screwed into. It is not necessary to install pipe fittings on the other end of the sand control valve. It is connected to the wire pipe at the lower left of the machine. The pipe without wire in the middle of the lower part of the machine is where the sand pipe is installed. Connect one end of the sand hose with the machine here, and the other end is connected to the interface between the four passes of the sand gun and the rubber plug, and plug it in. Then connect the power cord of the lamp to the main machine and the carving box. Turn on the machine again, turn on all the switches, two lights, the dust hole behind the machine has a strong wind, indicating that the installation is normal. In the boot state, the sand from the right side of the small door can be loaded. When the sand is filled, the small door has a lot of suction, directly into the bag can be. Be careful not to load sundries when filling sand.